The man who betrayed Chapo?

Many experts now agree that this is the man behind Chapo Guzman’s downfall: Ismael “El Mayo” Zambada, a former farmer who has been involved in drug trafficking for fifty years but has never been arrested. 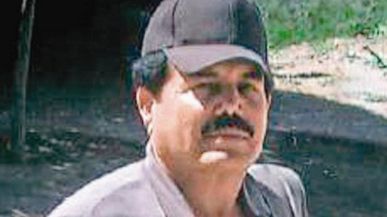 Hailing from Sinaloa, the same state as Guzman, the two share a twenty-five year history, during which “El Mayo” worked as the deputy, helping his boss evade capture.

Yet the friendship seems to have come to an abrupt end. Hoo Ramirez, a bodyguard who was arrested along with Guzman on February 22, confirmed that the two had met for a heated discussion late last year. During the encounter, “El Mayo” suggested that they both retire to make way for the younger generation, before a civil war broke out within the Sinaloa cartel.

Ramirez’s statement conforms to the analysis of Roberto Saviano, the Italian journalist and mafia expert who told Excelsior that Zambada’s hand must have been behind Guzman’s fall. “El Mayo was responsible,” he said. “I’m not sure if he informed on him, but it’s clear that he was no longer protecting him. He left him to his luck.” Saviano discounted the possibility that Guzman had miscalculated. “The fact that he was arrested while visiting his wife indicates that he felt secure. It’s the type of behavior that suggests that he felt someone was protecting him.”

The statement of the marines who executed the capture also hints at the likelihood of betrayal. According to their testimony, they were patrolling the block in Mazatlan, Sinaloa, in an official army vehicle, when they were stopped by a light skinned male of approximately 1.80 meters height. The man informed them that an armed individual had entered the hotel where he was staying and was walking the corridor. The marines said that the man who stopped them looked “scared and desperate.” Acting on this information, they decided to inspect the building with the aim of eliminating any threat to the guests of the hotel. They went through three floors without finding anyone but came face to face with Hoo Ramirez on the fourth. The bodyguard, realizing he was outnumbered, gave himself up, and moments later Guzman was in custody.

The identity of the man of 1.80 meters may never be established but imagen informativa outlines three hypotheses. The man may really have been a guest at the hotel who happened to chance upon a patrol of marines. Alternatively, he was an undercover agent of the Mexican or U.S. government. Finally, and perhaps most likely, he may have been an informant sent on “El Mayo’s” bidding.

Chapo Guzman is only one of dozens of high-profile drug bosses that Zambada has seen captured or killed while he was busily slipping under the radar. Last year his son, Serafin, was arrested in Arizona. His Twitter account made headlines, boasting pictures of his pet cheetah and piles of cash.

Capturing Guzman alive was the perfect result for President Enrique Peña Nieto’s government, a landmark achievement that most Mexicans doubted would ever happen.

Yet according to Duncan Tucker, author of the Tequila Files, his arrest does not signify the end of his criminal federation. “The arrest of ‘El Chapo’ is unlikely to disrupt the cartel’s business model,” he said. “His long-term partner will provide continuity within the organisation. He should have sufficient authority to hold together the different factions.”

1 Response to The man who betrayed Chapo?