A 19-year-old mother in Guadalajara has been charged with selling her newborn baby to two female strangers and then reporting the child as kidnapped. 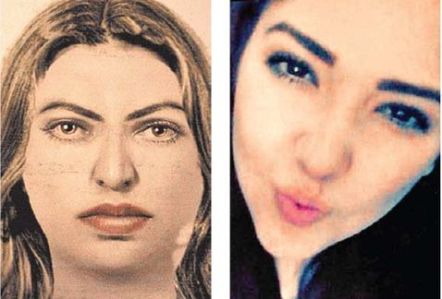 The two “buyers” of the baby. A representation of the first suspect (right), and a second suspect identified as Marisol (left).

The baby, named Beatriz, was discovered in a vacant lot in Guadalajara’s 18 de Marzo neighborhood after local residents heard her crying.  Police say she was abandoned by the women who bought the infant, presumably after they became scared when an Amber Alert was issued.

The alert was issued a week after Xochitl Sevillano Mejia, 19, and her mother, Leticia Mejia Palafox, 44, reported the baby as missing.  She had told police that two women had threatened them with a gun and snatched the baby.

In reality, police say, Xochitl Sevillano agreed to sell her child after the pair offered her a van worth 135,000 pesos (US$8,750). Later the deal was changed and the buyers gave her a check, which turned out to be falsified.

Xochitl’s father, Rosendo Francisco Sevillano Gomez, 51, said the buyers took advantage of his daughter and were looking for a young mother with addiction and economic problems. “The older of the two women was 30 years old and said she couldn’t have children and that she wanted the baby to keep as her own child,” Sevillano Gomez said.

The baby’s mother and grandmother face charges of child trafficking and making false statements.  Meanwhile, police are still looking for the women who abandoned the baby. Beatriz is being cared for at a children’s shelter.