Women directors are still a rarity in Hollywood.  A new investigation by film industry site the Wrap discovered that two of Hollywood’s major studios, 20th Century Fox and Paramount, have no films by female directors scheduled to come out between now and 2018.

In Mexico, the situation is decidedly brighter. According to the “Statistical Yearbook of Mexican Cinema,” by 2007, women directed around 10 percent of annual productions. By 2015, this figure had reached 25 percent, almost triple the percentage of women directors in Hollywood.

But women in leadership roles may also boost financial performance. According to Cinepolis, Mexico’s major movie theater chain, 52 percent of cinema-goers are women, compared to only 48 percent of men, so engaging with female audience members is vital for the industry.

In this context, a few women directors, such as Maria Novaro and Patricia Riggen, have achieved commercial success both home and abroad.

Novaro’s debut feature “Lola” from 1989, tells the story of a single mother played by Leticia Huijara, who is forced to sell her clothes to provide for her daughter in an earthquake-ravaged Mexico City. 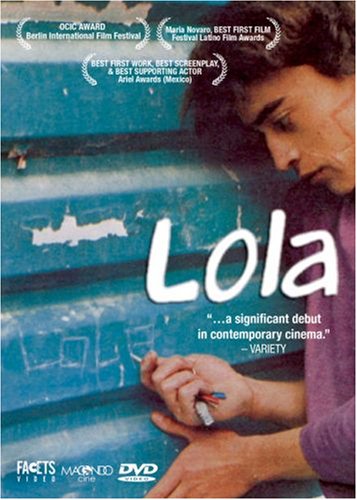 Novaro was among the first generation of female Mexican filmmakers. Her five-feature directorial career reflects the increased participation of women in film studies programs and education as a whole.

It also reflects the government policies of Presidents Miguel de la Madrid and Carlos Salinas during the late 1980s and early 1990s. Both administrations were keen to benefit from the prestige of a thriving national cinema and actively encouraged women’s involvement in the industry. Under this patronage, women filmmakers like Novaro were able to secure state support and eventually make moves in the commercial sector.

In today’s environment, female filmmakers may be uniquely placed to capitalize on skewed box office statistics, as Mexican studios look to tap into the lucrative U.S. market, which already provides 60 percent of revenue.

According to the Motion Picture Association of America, women make up more than half of total cinema-goers. Yet the Center for the Study of Women in Television and Film says women directed only nine percent of films in 2015, and for the top 100 grossing films of 2015 females comprised only 22 percent of protagonists.

Guadalajara-born Riggen is one of Mexico’s most successful Hollywood crossover filmmakers, having directed stars such as Antonio Banderas, Patricia Arquette and Eva Mendes. Her greatest commercial success to date was this year’s Christian family drama “Miracles from Heaven.”

Riggen burst onto the scene in 2007 with “Under the Same Moon,” which received a standing ovation at the Sundance film festival as well as good commercial distribution in the United States.

The film centers on Rosario, a Mexican migrant played by Kate Del Castillo. Rosario works as a cleaner in Los Angeles to support her son and mother in Mexico. Unlike most immigration films, the issues are explored through the perspectives of a loving mother and her hopeful young son. “We are used to immigration films that are very dark and depressing, and are cruel,” Riggen says. “I wanted to make a film that migrants would like.”

When asked whether the plot was based on a real story, Riggen answered: “There are four million Mexican migrant women in the United States who have been forced to abandon their children, so ‘Under the Same Moon,’ is based on four million real stories.”

Riggen’s extraordinary success should not obscure the obstacles she was forced to overcome.

“I’ve worked really, really hard and had to fight a lot,” she says. “It’s not just the film industry, it’s a worldwide thing. It’s the culture of the world to doubt women.”

While only a handful of female directors have moved into the commercial film sector, many others, such as Tatiana Huezo, have forged successful careers in independent film.

The documentary tracks the parallel journeys of two women whose lives have been torn apart by the corruption and injustice of modern Mexico. Miriam travels from a violent jail in Matamoros, northern Mexico, where she was imprisoned for “people trafficking” without a single shred of evidence.

Adela works as a clown in a traveling circus. Ten years ago, her daughter, Monica, vanished without trace.

Film critics have identified Huezo and Natalia Bruschtein, a fellow CCC graduate, as the leaders of an exciting new wave of documentary filmmaking.

U.S. critic Matt Turner says that in Mexico, “all eyes are on documentary, and most of the nation’s pre-eminent new documentarians are female.”

Elisa Miller, another CCC graduate, was the first Mexican woman to win a Palme d’Or at the Cannes Film Festival for her 2007 short “Ver Llover” (“Watching it Rain”). Last year, she released her second feature film, “El placer es mío” (“The Pleasure Is Mine”), a tense drama about an urbanite couple who try to start a new life in the countryside.

Like Huezo, Miller’s films foreground female experience and challenge the conservative status quo that still dominates Mexican mass media. They also reference and portray the many levels of violence that vast numbers of Mexican women face on a daily basis. In a country where six women are murdered every day and 44 percent have suffered domestic violence, it is not surprising that female directors want to lend a voice to victims.

“I’ve been criticized for being a feminist. I’ve even been categorized as provocative. But someone has to do this,” Miller says.

This entry was posted in Arts and tagged Cinema, Female directors, Mexico, Women. Bookmark the permalink.