The concept of the home is at the heart of Mexican culture, “Mi casa es tu casa” says the age-old refrain. Homes are family centers, meeting points for friends and the building blocks of communities. Few visitors to Mexico fail to notice that locals offer some of the warmest hospitality on the planet.

The concept of Mexico and the New World was also built on the idea of the freedom to create.

Free from the stifling restrictions of Europe, the Western Hemisphere offered a fresh start, where everyone had a chance to get creative. Without a doubt, these ideas persist today. Just take a look at the five eccentric homes below.

Joyxee Island is a floating artificial island near Cancun that is constructed mostly out of plastic bottles. British artist Richart “Reishee” Sowa is the island’s creator. The three-storey house he built has three showers, a kitchen, two bedrooms, solar panels and even internet access. The floating base for the house is constructed out of around 150,000 bottles. 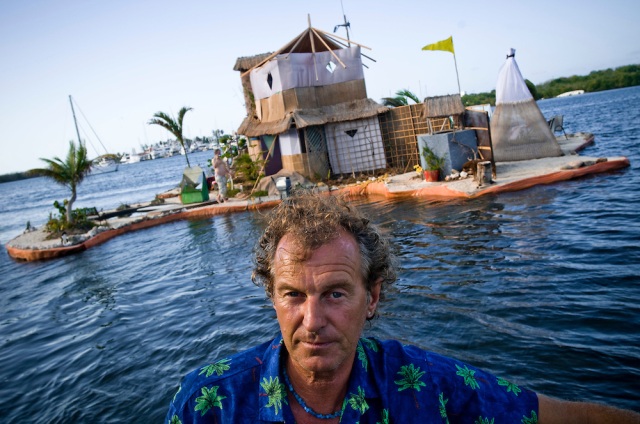 “The collecting of the bottles started slowly at first – it took about six months just to source the base, just walking around the local towns and picking up the bottles by hand,” explains Sowa.

In total, construction of the island took Sowa more than two years. It is his third attempt at building his own plastic utopia, but he has learned from past mistakes. The current island is situated in a lagoon, so it is less susceptible to the hurricanes that destroyed its predecessors.

2. The identical house in San Luis

The death of her husband Freddie in 2001 left Hollywood socialite Janet Thomas De Cordova in emotional and financial ruin.

Freddie, formerly the executive producer of Johnny Carson’s Tonight Show, had blown through most of their savings. Janet’s million dollar mansion, 1875 Carla Ridge, would be put up for sale.

In deep emotional distress and with funds running low, Janet grew even closer to her Mexican housekeeper and confidante Gracie Covarrubias.

Yet one morning even this was taken from her. After 40 years with Janet, Gracie announced that she was retiring to San Luis Potosi, her hometown in Mexico, where she had built her own house with her savings.

“Gracie, you are all I have,” Janet reportedly said. So Gracie invited her to join her.

“A minute later she put her hand to her head, closed her eyes, and said yes,” Gracie later recounted, “And I said, ‘Think real good, because you don’t have a doctor there or your friends.’ And she said, ‘But I have you.’”

In 2006, Janet and Gracie began the three-day drive to San Luis Potosi. When Janet arrived at her new home, she couldn’t believe her eyes. With its grand staircase, U-shaped sofas, marble countertops and swimming pool, Janet realized her beloved friend had overseen the construction of her own 1875 Carla Ridge. “Gracie’s house was a replica of Janet and Freddie’s,” a friend reported.

With her right hand raised in the air like a naked Statue of Liberty, the 55-foot woman shaped sculpture towers above a dusty neighborhood in Tijuana. Artist Armando Muñoz Garcia calls the sculpture home, and that is no metaphor. He has lived in “La Mona” since completing the structure in 1991. The layout of the five storey structure makes allusion to human biology – the breasts are the “heart” of the house, and each contains a bed, the office is the head, the stomach is in the kitchen and the toilet in the storey below.

During her lifetime, “La Mona” has worn a range of clothes, as well as spent much of the time naked. In 2014, she donned a pink dress to raise awareness about cancer. Last year, 10 different artists painted a multicolour mural on the 18-ton statue to celebrate her 25th birthday.

4. The House of the Dogs

One of Guadalajara’s most iconic mansions, the House of the Dogs, earned its nickname because of the two stone canines that stand permanent guard on its roof. The statues were imported from New York by Ana Flores, the young wife of Don Jesus Flores, a wealthy merchant who oversaw La Constancia tequila distillery.

When her husband died, Ana was left in control of the business. According to one version, she then married her long-time lover Jose, who was the tequila plant manager.  The ghost of Don Flores appeared in the House of the Dogs, haunting Ana in revenge for her infidelity.

But another version says Ana was a shrewd businesswoman in a rigidly sexist world, who realized she would need a man as the face of the operation. Hers was a practical, and loveless marriage.

Regardless which version we believe, we do know one thing for sure. Jose inherited the tequila company along with the House of the Dogs. In fact, he celebrated his luck by rebranding the product and naming it after himself. La Constancia was removed from the labels, replaced by the new name: Jose Cuervo.

5. The Island of the Dolls

This secluded island on Lake Xochimilco in Mexico City must surely rank as one of the creepiest place in earth, if not actually collect the prize.

Dozens of plastic dolls hang from the island’s trees. They stare vacantly into the distance. Some are tinged green, some have no body and one has its eyes painted blood red. 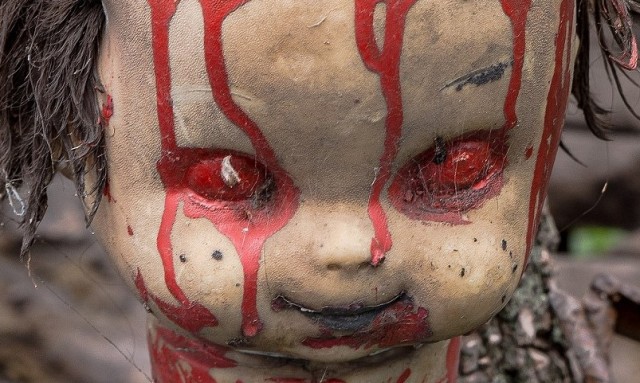 The nightmarish island was reportedly the home of a troubled hermit called Don Julian Santana Barrera.

According to local lore, Julian found a little girl drowned in mysterious circumstances and was unable to save her life. Later he found a doll in the waters and assuming it to be hers, he hung it from a tree.

Haunted by the image of the girl’s floating body, Julian descended into madness and embarked on a frenzied vocation to collect discarded dolls from the lake and display them in the trees.

After his death in 2001, the island became a tourist attraction. Some witnesses claim they have heard the dolls talk or seen them move their arms or open their eyes.