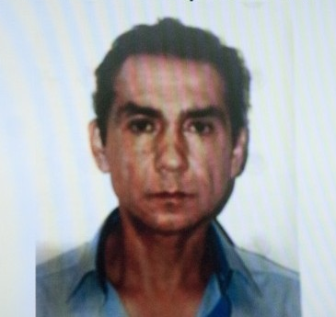 The former Mayor of Iguala, Guerrero, has been formally accused of kidnapping 43 student protestors in September.

Jose Luis Abarca, from the Party of the Democratic Revolution (PRD) was already imprisoned in a high security jail in the State of Mexico on charges of organized crime, kidnapping and homicide.

Following the attack on the students, the couple fled but were arrested in Mexico City on November 4.

While it is difficult to determine the reasoning behind the kidnapping, the most credible theory holds that they were taken by police in order to stop them from disrupting an event that Pineda hoped would kick-start her own political career.

The day the students turned up in town, the Mayor’s wife, who had hopes to succeed him, was scheduled to address a crowd gathered in the Civic Plaza.

“Mayor Jose Luis Abarca and his wife have long treated Iguala as their fiefdom,” said journalist John Gibler. “In recent years, they have acquired 31 houses and apartments, nine businesses, and 13 jewelry stores.” 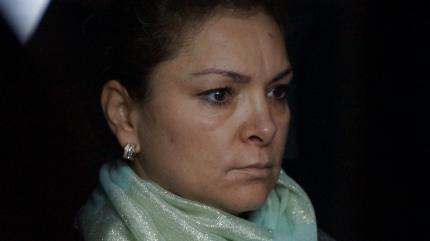 They also both have a reputation for violence. Abarca was accused of murdering a local activist in 2013, while Pineda once threatened a reporter in public. “If you keep it up, I’ll cut your ears off,” she told him.

Prosecutors said that municipal police confessed that Abarca ordered them to round up the students to stop them causing a disruption at his wife’s political event.

While Pineda has been publicly identified by the Federal Attorney General’s office as the intellectual author of the attack and kidnapping, no formal charges related to the case have been brought against her. However, federal authorities did say that these charges would be added at a later date.

Only one of the missing students has been confirmed dead, after remains found at a rubbish tip were sent for DNA examination in Austria. The tests identified the charred bone fragments as belonging to Alexander Mora, 19.

Some researchers have argued that the federal police and army were directly involved in the violence.

Suspects in custody said they burned the students’ bodies on a huge bonfire built from logs and gasoline. Yet a joint scientific study by two Mexico City universities concluded that it was impossible that the students were incinerated in the open air, as such a fire would have required 33 tons of wood and would have generated columns of ash visible for miles.

Catholic priest and activist Alejandro Solalinde has speculated that their bodies may have been incinerated at the Iguala army base.

“It would not have been impossible (to incinerate 43 bodies) if they burned them in military crematoriums,” he said. “The army base in Iguala has crematoriums.”