Muslims in Mexico: the link to a hidden Islamic heritage

In 2014, Islam and Mexico were most frequently mentioned together in the context of terrorism. Republicans such as Rick Perry and Duncan Hunter caused controversy by saying that Muslim extremists were entering the U.S. through its southern border. The allegations were part of a long series of similar claims. Terrorists sneaking north or allying with drug cartels has been a persistent theme in U.S. media since 9/11. Some cases, including a December 2002 incident in which a Lebanese man smuggled in Hezbollah sympathizers, have had truth to them. Yet the vast majority of these claims were unsubstantiated and amounted to little more than fear-mongering.

Yet the relationship between Islam and Mexico doesn’t start with it haunting the U.S. conservative imagination. It has been argued that Mexico’s first Muslim, a Moroccan, arrived with the Spanish in the sixteenth century. What is certain is that the Moors, who ruled most of Spain for 800 years, had a lasting impact that continues to be felt in Latin America. While Mexico’s indigenous and Spanish Catholic roots are often celebrated, this third heritage, which is still alive in the customs and language of the country, is often ignored.

The Pew Research Center estimates the country will be home to 126,00 Muslims by 2030, up from 111,000 in 2010. This community breaks down into two groups, immigrants and their descendants, and converts.

Guadalajara chemist Monica Tzandor fits into the latter category. When she spoke to a priest and shared her doubts about the compatibility of her Catholicism with science, she was told not ask to questions. So she started looking elsewhere. “I went searching for a religion” she says, “I visited the church of Luz del mundo, Baptists, Jews, even Buddhists and Hindus but I couldn’t find any answers. Most told me that there was no room for doubt because religion must be blind.” 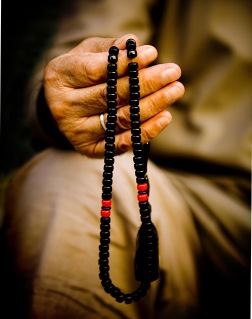 A Muslim holds prayer beads, which are traditionally used to keep count during a prayer that involves the repetitive utterances of short sentences glorifying God.

Yet she finally came into contact with the Muslim Center in Guadalajara.

“When I found Islam my doubts disappeared. I was told something very interesting. There is no science without religion and a religion without science is blind.”

After several months of learning about Islam, she decided to convert. Later that year she met her Tunisian fiancée.

Becoming a Muslim has not been without its challenges, however.

“When Mexicans hear about your religion, they’re shocked. They think that Muslims are bad people,” she says. “Wearing a headscarf is difficult. You’re considered repressed, manipulated, and ignorant. I also had problems with my family who thought I’d be turned into a slave, killed or forced to become a suicide bomber.”

Tanya Itzel Naranjo, the daughter of a Mexican mother and a Turkish father, has also faced this prevalent terrorist stereotype.

“After the attack on the twin towers, the situation got worse. But with kind actions people close to us realize we are peaceful people and that we don’t hate non- Muslims, we love them.”

She also emphasizes Islam’s inclusive attitude to other world religions. “Some people think that we worship another God and that we don’t believe in Jesus. But that’s not true, Allah is just the name for God in Arabic and Jesus for us is an important prophet.”

While prejudices and stereotypes are a problem, many Muslims see Mexico as a tolerant country.

“I have never faced any discrimination because of my race or religion,” says Egyptian national Mohammed Alaa El Din. “In fact, I have really enjoyed the experience of being a Muslim here.”

A Muslim at prayer. The five prayers of each day take place at specific times, determined by the rising and falling of the sun.

The wide diversity of cultures in Mexico and its history of syncretism, the fusion of different strands of religious belief, may have made it more open to Islam than other western societies. According to religious historian Dr. Teresa Alvaro Velcamp, Muslim communities in Mexico “have not suffered discrimination to the degree that Muslim Americans have in the United States. Rather, Mexican society has a certain tolerance for spirituality (in addition to Catholicism).”

Popular support for Palestine is also evident in Mexico’s protest movements and social media. Demonstrators gathered outside the International Book Fair (FIL) of Guadalajara to denounce Israeli government policy when it was country of honor in 2013. Activist Sylvia Marcos has referred to the Palestinian and indigenous Mexican cause as “fraternal struggles, waged by those who were dispossessed of their lands, water, trees and lives.” 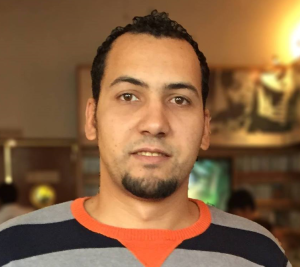 Most Mexican converts and Muslims living in Mexico are optimistic about the future of the religion in the country. In fact, the challenges they face tend to be practical rather than ideological.

One of the problems is the lack of mosques. Wholly religious buildings in Mexico are state property, so legally the buildings must have another function as well, being community centers, or even a hotel in one instance. “I wish we could have the kind of wonderful mosques we have in Cairo,” Alaa El Din laments.

Another difficulty is the lack of Arabic language teaching. “There are no Muslim schools in Mexico,” says Alaa El Din. “I have a kid, he understands some Arabic words but he gets totally disconnected from the culture.”

Diet is also a considerable challenge.

“A Muslim gets invited to go and eat, and suddenly the next day he is in hospital with food poisoning. Why? Because most of the food is made with pork or pork fat,” Alaa El Din says. “Personally it happened to me three times. I am really scared to go out and eat even though I have lived here four years. Last week I went out to a restaurant and I ordered chicken wings and I got sick, so I went to the restaurant and I asked how they cook, and it was because they fry the wings in the same oil they fry the pork. So it’s really frustrating.”

Yet Alaa El Din sees plenty that he recognizes in his adopted country. “Many churches look like mosques in Mexico because Arabs conquered Spain for 800 years,” he says. 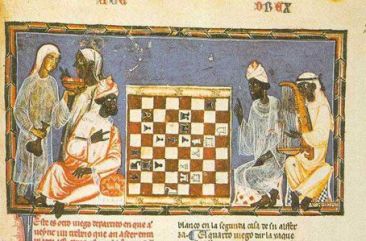 Indeed, this architectural influence is evident throughout the country. The decorative use of tiles, arches, and the design of peaceful inner courtyards are all part of Moorish tradition. Even the narrow, labyrinthine street plans of Mexican city centers have Islamic origins.

The Spanish language was also influenced by the Moors. Between 2,000 and 3,000 words are Arabic in origin, including jabon (soap), arroz, (rice) and alcalde (mayor). Guadalajara in fact, is an Arabic name meaning “valley of stones.”

There is even a culinary influence. Classic Mexican flavors such as cilantro, cumin, clove, and cinnamon were all originally brought to Spain by the Moors.

So while Muslims may face a range of prejudices and challenges, many actively strive to inform Mexicans about their faith, and are happy to remind them of the impact of Islamic tradition. According to Dr. Alfaro-Velcamp, this endeavor creates a new and distinct sense of community.

“By challenging Arab and Muslim stereotypes and negotiating with Mexicans for religious space in which to practice their faith, the Muslims in Mexico are constructing a unique Mexican Muslim identity.”

1 Response to Muslims in Mexico: the link to a hidden Islamic heritage