1. The “Black Widow” of Chapala

With a string of suspected poisonings, a strangling and an empty coffin, the case of the “Black Widow” is a narrative Raymond Chandler would have been proud of. Yet Maria Socorro Rodriguez, the femme fatale of the story, was certainly no fiction. A Mexican woman who married a string of wealthy U.S.-born retirees, Maria is suspected of bringing them all to an early grave.

Her first husband, a retired military officer, died after a fatal fall in their home in 1970. Her second, a retired businessman, died after an apparent stroke seven years later. The widowed Rodriguez  married again, this time to businessman James Piper, who keeled over in the bathroom of a Guadalajara restaurant in 1989.

At his memorial service in Mexico, Piper’s children grew suspicious. “She’s pure evil,” said daughter Tina Piper. “The funeral service was bizarre. She was crying but there were no tears. It’s obvious she was not feeling anything.”

Piper’s son told an NBC documentary team that he was surprised to find his father wanted to be cremated. He suspects Rodriguez forged his will so Peter’s ashes would be incinerated and an autopsy prevented.

In 1994, Rodriguez began dating Victor LaPine, a wealthy Montana rancher who had settled in Guadalajara. He also died after falling ill at a restaurant. When Rodriguez suspiciously inherited a large sum of his money, Mexican authorities began to investigate her.

Yet Maria herself died only a few months later and her mother and three children tried to cash in on a half-million dollar life-insurance policy. The insurance company flagged the claim as suspicious and a judge ordered Maria’s grave to be dug up. Nothing was in the coffin except a big stack of newspapers.

The funeral director who arranged Rodriguez’s burial was the final suspected victim. He was found strangled to death in his apartment days before he was scheduled to speak to police.

On a hot summer night in 2010, dozens of heavily armed soldiers descended on a mansion in Zapopan and drug boss Nacho Coronel chose to fight back rather than surrender. Known in life as the “King of crystal” for his success trafficking methamphetamine, Coronel killed one soldier and injured another before finally succumbing to his fate. 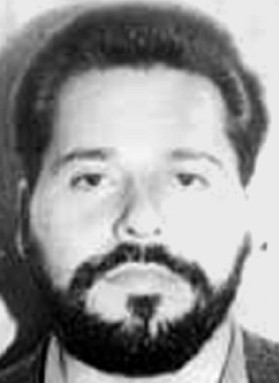 Yet according to the book “Narcoland” by Anabel Hernandez, the bullet-ridden corpse at the crime scene did not belong to Coronel. Doctors reported the age of the body to be between 40 and 45, whereas Coronel was 56. The fingerprints were allegedly those of another man, Dagoberto Rodriguez. “People close to the Coronel family say the drug baron is still alive,” Hernandez reported.

As either death or capture is the likely outcome for a life of drug trafficking, Coronel certainly had a motive to fake his own demise. Doing so would have allowed him to retire in peace, without having to worry about being chased by his enemies.

President Felipe Calderon also had an incentive to declare him slain. His administration had faced persistent accusations that they favored the Sinaloa organization, of which Coronel was a leading member. Determined to show their tough stance towards all cartels, the death of the drug lord served an important political purpose.

Conspiracy theories abound, but not everyone is convinced. It is worth noting that a wave of violence followed the army raid, suggesting a power vacuum left by Coronel’s absence.

Yet the uncertainty surrounding the case reflects other narco-conspiracy theories, some of which have had substance. In December 2010, officials announced that they had killed Michoacan drug boss Nazario Moreno Gonzalez. Yet the failure to find his corpse sent the rumor mill spinning. After another gunfight three years later, and the recovery of a body, forensic experts confirmed the suspicions. The officially slain kingpin had kept up his criminal enterprise until his real death in 2014.

Amado Carrillo Fuentes is another crime lord many speculate to be alive. Estimated to have been the wealthiest criminal in history, Carrillo reportedly died on a Mexico City operating table during a procedure to alter his appearance. Yet according to a popular theory, the gangster secretly retired, and now spends his days sipping mojitos in Cuba.

3. Who killed the cardinal?

The 1993 murder of cardinal Juan Jesus Posadas Ocampo in Guadalajara airport sent shockwaves around the country. “For most Mexicans, it was the first time that they had ever heard of drug cartels,” said writer Ioan Grillo. According to the official story, the cardinal died as his vehicle drove into a firefight between rival gangs. Gunmen mowed him down, believing him to be Sinaloa drug lord Chapo Guzman.

The Vatican has always rejected the theory. Forensic experts reported that there had been no crossfire and that the cardinal had been hit by fourteen bullets at close range.

One scenario has the cleric being killed as he tried to organize a truce between gangsters, or broker a deal between the cartels and the government.

According to former Tijuana cartel leader, Benjamin Arellano Felix, himself implicated in the crime, a federal police commando unit killed the cardinal because “he was supplying weapons to the guerillas.” In his testimony, Arellano neglects to specify the exact group he is referring to.

The government has also been accused of the murder.

“There is a lot of proof that leads us to conclude that we are before a crime of state, prepared, organized and with the participation of security forces,” Fernando Guzman, a state legislator said.

According to an old friend of Posadas, the cardinal said that President Carlos Salinas had threatened him a few weeks before his death. Church leaders have alleged that the cardinal uncovered links between drug gangs and the government and was killed to prevent him from leaking the information.

No one has ever been convicted of the crime and debate still rages about its motivation.